Savannah thanks fans for being with and encouraging Chrisley’s family: ”Time will tell who is innocent” 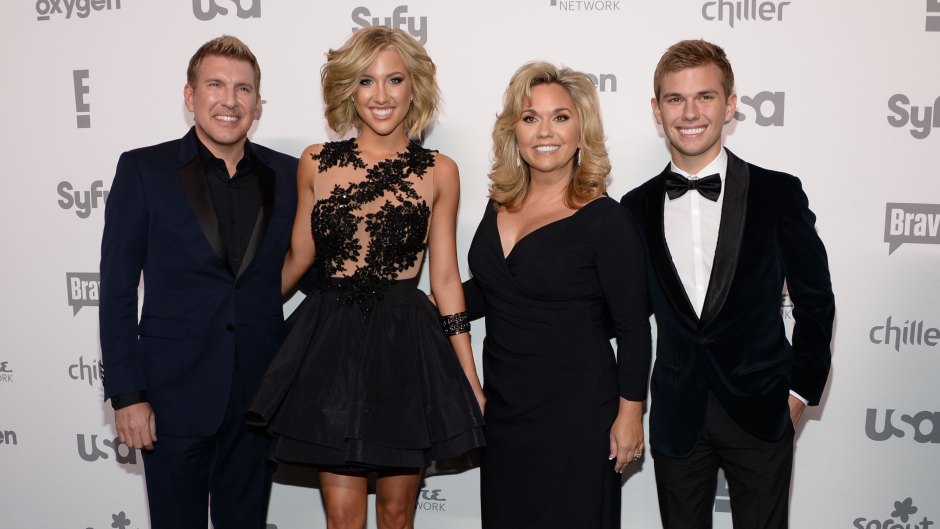 Members of the Chrisley family have broken their silence after Todd Chrisley and Julie Chrisley were found guilty of all charges in their Atlanta-based fraud trial on June 7, 2022.

The couple’s daughter Savannah Chrisley opened up about life “post storm” in a Wednesday, June 22, Instagram post. “I am thankful for those around that choose to love and love hard…no matter how difficult it may be,” she wrote in the caption. “I am grateful in a weird way because I know that there is a God who out of nothing, does everything!”

She went on to thank fans who “continue to love on my family and I” during the “difficult” time.

This is not the first time the 24-year-old has spoken out since the verdict, however. On June 16, she asked her social media followers to “be kind.”

“This life is so cruel and we’re all doing the best we can. I will continue to stand by my family and fight for justice. Justice for ourselves and for others that the system has failed,” she wrote in a lengthy Instagram post, before admitting, “There is only so much I can comment on legally at this moment.”

“Recently, I’ve felt let down by God, that my relentless prayers have been unheard. But I do believe that he will use every hardship and adversity we go through to strengthen us and prepare us for an even greater purpose. So, I will continue believing in our Lord and Savior … I pray for strength, hope, and love. Thank you to all of those that continue to stand by our sides. This fight isn’t over,” she added, before signing off, “xoxoxo – Sassy.” 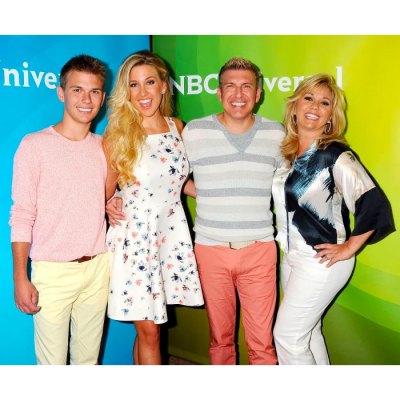 “Disappointed in the verdict. An appeal is planned,” Todd and Julie’s lawyer told Us Weekly in a statement on June 7, 2022.

Savannah wasn’t the first family member to speak on the case, though. The businessman’s eldest daughter, Lindsie Chrisley, spoke out via an Instagram Story on June 8.

“I know most of you are expecting to hear from me on my podcasts this week as I took time to be with my family last week,” she wrote. “The verdict is not what I had hoped or prayed for, and I am deeply saddened for myself, my son and my family as a whole. Please pray for us during this difficult time and know that I will be back when the time is right.”

The family patriarch has publicly addressed his then-alleged legal troubles on Instagram in 2019, claiming that a former employee set them up. “It all started back in 2012, when we discovered that a trusted employee of ours had been stealing from us big time,” the caption read while claiming that the man also forged his and Julie’s signatures and threatened other employees to keep quiet.

On an episode of Kailyn Lowry’s “Coffee Convos” podcast on June 22, 2022, Lindsie opened up about where she stands with her family amid Todd and Julie’s legal troubles, saying, “I love my parents.”

“I love my siblings, I love my grandmother. And what is the future of our relationships at this point, I am currently not going to discuss anymore than that, other than that I love them, and stand with them. And I will continue to stand with them through the good, the bad, and the ugly,” Lindsie added in the episode.

In a July episode of Todd and Julie’s “Chrisley Confessions” podcast, Savannah, who was filling in for Todd, said that the family was taking the news of the couple’s guilty verdict “day by day.”

“The things people have said since everything has gone down is baffling,” Savannah said of the fallout after the verdict. “There are so any people who are just not educated. Don’t have an opinion if you are not going to do your research.”