Severide and Stella are definitely not getting the peaceful and sexy honeymoon that they hoped for when Chicago Fire returns for Season 11 on Wednesday, Sept. 21 (NBC, 9/8c).

“When we last left our incredible couple, they had just gotten married and were settling in for a nice, romantic honeymoon night,” co-showrunner Derek Haas reminds viewers, who may recall that a mysterious vehicle had pulled up to the location of the newlyweds’ cabin. “Some bad dudes show up where they shouldn’t on a wedding night and mayhem ensues.”

Adds co-showrunner Andrea Newman: “There are those roller coasters that just start at top speed, they don’t build to it. That’s what our premiere is. It’s a surge coaster that comes out like a shot.”

The threat of danger that both Severide and Stella are facing will also take an emotional toll on the new husband, who is “coming to grips with [the fact that] he’s made all these kind of rash decisions along the way as the badass that he is, but he’s never had to do that when he’s married,” Newman shares. “Now he’s not just making decisions for himself. He’s making decisions for Kidd, as well. They’re a unit, they’re a family. So some of that will play itself out, too, coming out of the incident at the top [of the hour].”

Plus, the crime storyline will have larger “ramifications” beyond the season opener, Haas says. “An unanswered question from last year was how did this guy with a knife get into the courthouse where Severide confronted him,” Haas notes, “and that is going to play out not only in this episode, but have some remaining suspense that’s going to rear its ugly head along the way in Season [11].” 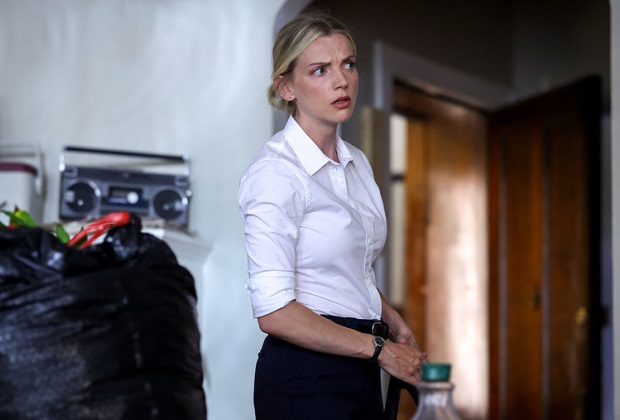 After spending a month with Casey in Portland and then returning to her life in the Windy City, sans her beau, Brett is “really struggling with this decision about long distance and Casey, and she does love him deeply, so she’s got a big decision to make,” Newman previews.

But Brett’s focus won’t be solely on love this season as she reinvests in her paramedicine program. “Brett has had a real journey on the show that’s been really fun for us to write and to watch, which is that she’s really become stronger and stronger and more independent with every passing year,” Newman says. “In the past, we’ve seen her make a lot of concessions in her life for the men in her life, but she’s at the crossroads now where she’s focused more on what her decisions are, as much as she loves Casey. That’s why this has become such an issue for her.”

Can Violet and Hawkins Make It Work? 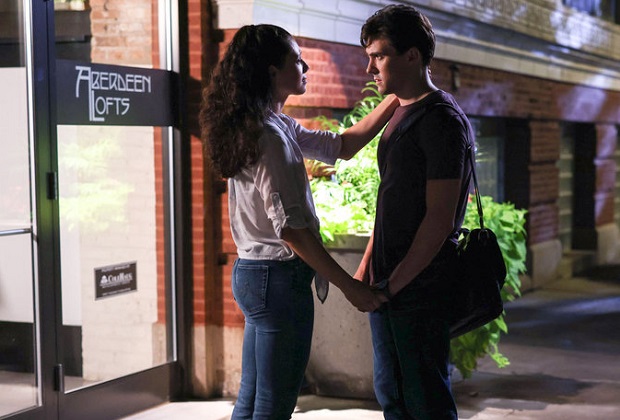 Violet, too, will be at a crossroads in her romantic relationship as Season 11 opens. The paramedic had confessed to her pal Ritter that she wished Hawkins had done more to help with the Emma situation. Then she shared a lingering look with her ex Gallo at the “Stellaride” wedding. So is there still hope for “Hawkami” to work things out?

“Violet doesn’t know the full story yet about how much Hawkins went to bat for her to protect her,” Newman notes. “So the question right now is, how distant is she going to stay from him, and are they going to be able to communicate, and can she find out what really happened, and where do they go from there?” 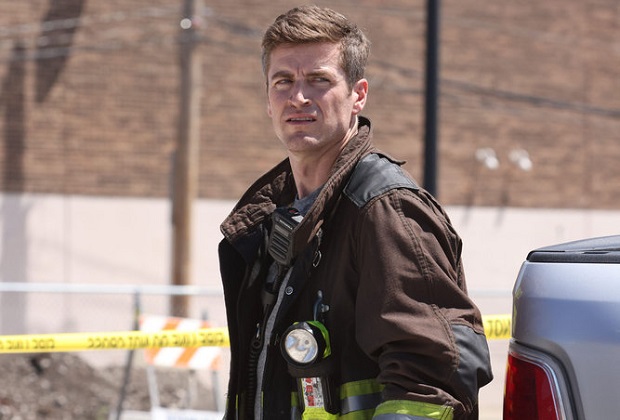 A new firefighter named Carver (played by Jake Lockett, aka the Capital One Venture X credit card commercial guy) will join 51 in the premiere, and he’s got a past with Kidd from the fire academy. “He’s a real mystery,” Newman shares. The tightknit firehouse is “used to being so connected and [like] a family. So bringing in somebody who will play things close to the vest and is a really good firefighter and a really good guy, in lots of ways, but he brings in a lot of mystery to the firehouse that makes people start spinning a bit. So he’s going stir things up.”

Haas, meanwhile, offers up this comparison to describe the character: “You know how, like, on a sports team, you have a guy whose talent is undeniable, but then when they leave the field, you’re not real sure if [they’re going to end up] on the front page of the Chicago Tribune?”

While Carver might end up being trouble, Newman and Haas have nothing but praise for his portrayer Lockett, whom the showrunners also took notice of in the Capital One ads. “We’re just huge fans of his. He brings a lot of presence and gravitas to the role, and he’s also funny,” Newman raves. “It’s that rare lightning-in-a-bottle thing we look for on this show, because we cross so many different genres, and so if you can do it all, that’s gold.” 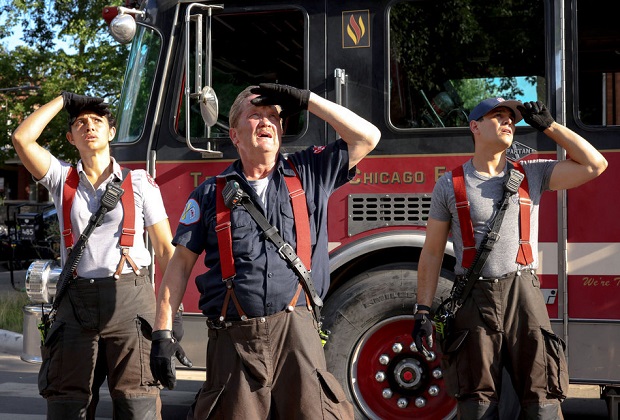 As diehard fans might recall from Season 1, “Boden takes Halloween very seriously, and we have not had a Halloween episode in years, and so we thought, ‘Let’s do it!’” Haas shares, adding with a chuckle, “He does put in charge of the Halloween preparations the worst person for it.” (Any guesses on whom it is, TVLine readers?)

And yes, the firehouse crew will be getting all decked out in costumes! “When wardrobe sent us the pictures, we were dying,” Newman says with a laugh.